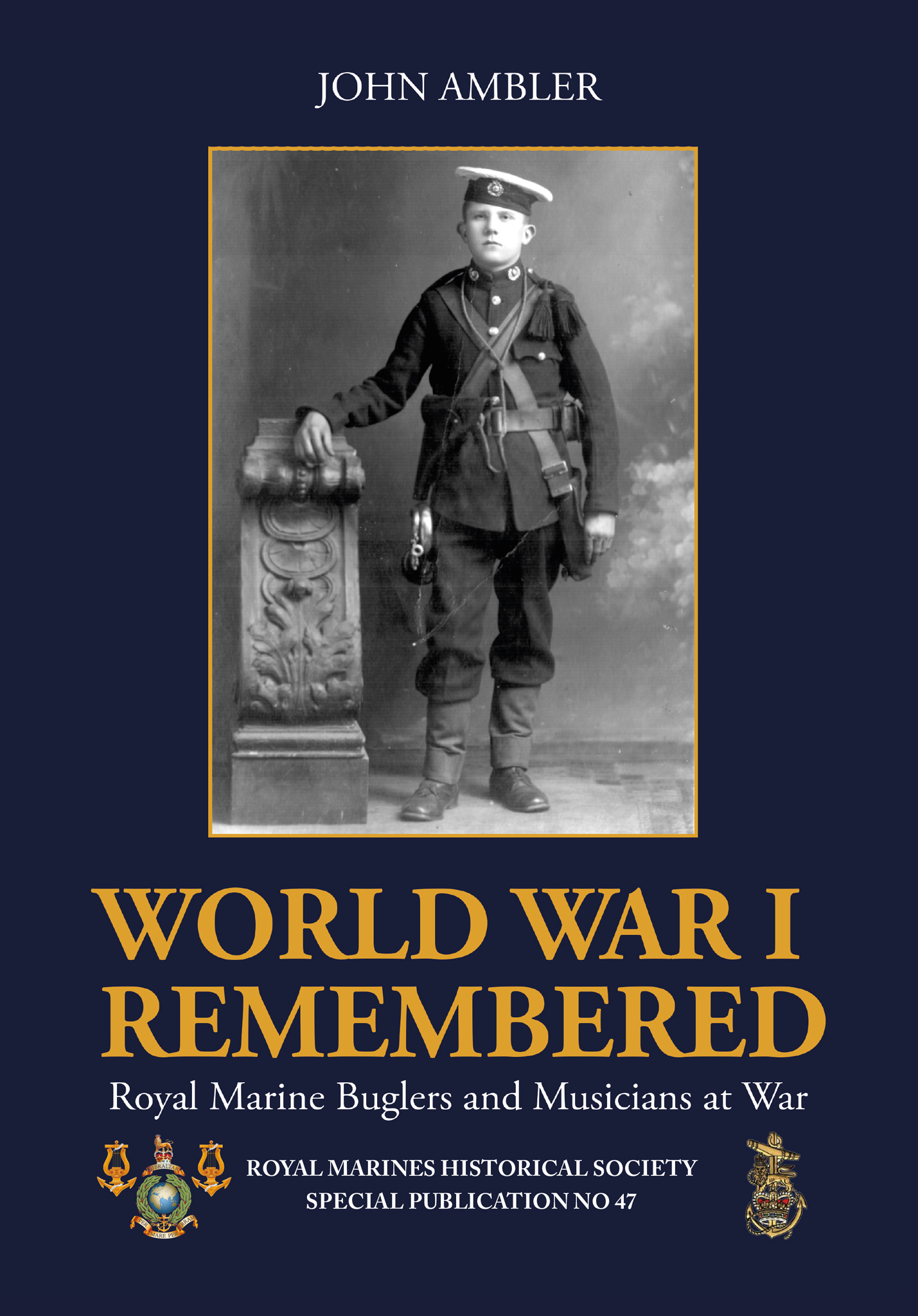 This new book sheds light on a part of the history of the Royal
Marines that has never received the attention which
it deserves. The men of the Royal Marine Bands had
a specific and dangerous role, particularly when
at action stations in the capital ships of the Royal
Navy, and a high proportion were killed as a result.
Buglers, at that time attached to Royal Marine units
and not to the bands, were often in action and also
took casualties.

TOP
We use cookies to improve your experience on our website. If you continue, we will assume you are happy to receive cookies that enable you to move around our website and use essential features. We will also collect anonymous information about website usage.
You can accept other cookies that remember the choices
you make to improve your visit and ensure the information we serve you is more relevant.
Do you want to receive these cookies?Accept Read More
Privacy & Cookies Policy

This website uses cookies to improve your experience while you navigate through the website. Out of these, the cookies that are categorized as necessary are stored on your browser as they are essential for the working of basic functionalities of the website. We also use third-party cookies that help us analyze and understand how you use this website. These cookies will be stored in your browser only with your consent. You also have the option to opt-out of these cookies. But opting out of some of these cookies may affect your browsing experience.
Necessary Always Enabled

Any cookies that may not be particularly necessary for the website to function and is used specifically to collect user personal data via analytics, ads, other embedded contents are termed as non-necessary cookies. It is mandatory to procure user consent prior to running these cookies on your website.